Thailand is full of unwanted puppies. Many are abandoned by their mothers because there is not enough food for the mother to nurse them. Many are killed or injured by other adult dogs. There is a high incidence of birth defects and disease among these puppies. There are 100's of thousands of stray dogs in Thailand. The government of Thailand has stated that this is a serious issue and is looking for ways to address it. Each female is capable of producing 50-60 puppies over their lifetime. Most of these puppies will die at a young age or live with numerous health problems. It is vitally important that we address this issue, but in a safe and humane way.

We strongly believe in the humane sterilization of as many strays as possible to reduce the suffering of both mothers and children and to reduce the overall numbers of strays which cause many problems for the human population of the area. All of the dogs who are in our care, and who are old enough are spayed/neutered and we make every effort to being dogs off the street for surgery also.

We also strongly encourage anyone who has a dog at home to have it spayed/neutered. If they become pregnant by mistake then the puppies become a burden and often end up on the streets.

A program to neuter or spay strays costs money. We have veterinarians who will perform the necessary surgery at a reduce rate for stray dogs but the surgery, medication and any follow-up are still expensive. This program and the feeding of dogs on the street and in our care are our biggest expenses. We would greatly appreciate your support in running this program. Baht1,200 (US$35) is enough to sponsor a stray dog to receive surgery by a competent doctor and reduce the growth of the stray dog population. 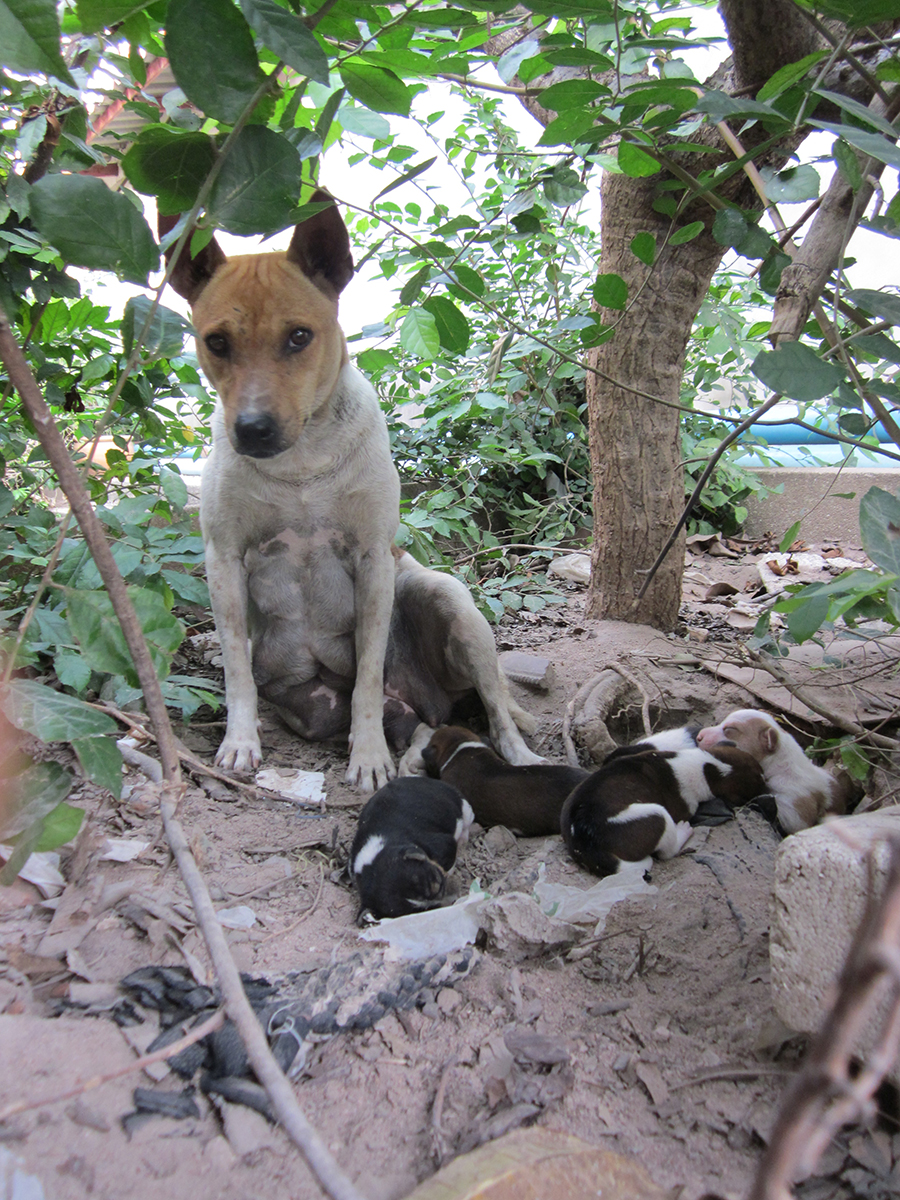 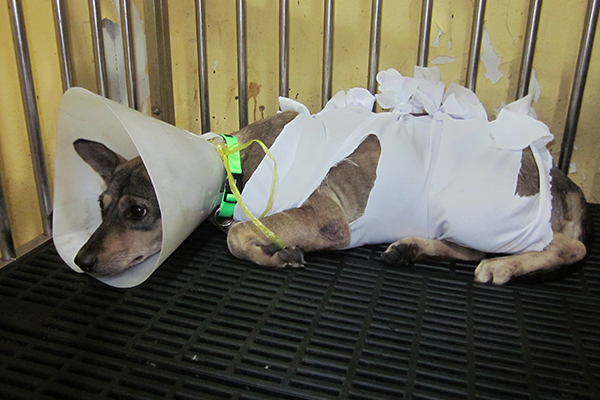